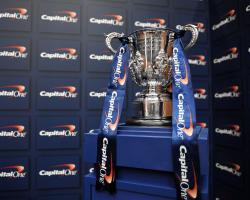 Milton Keynes Dons V Bradford - view commentary, squad, and statistics of the game live.McFadzean back for DonsKyle McFadzean is back in the reckoning for MK Dons ahead of the visit of Bradford.McFadzean missed the action-packed 5-3 win over Barnsley through suspension

After seeing his team concede three times in the final eight minutes at Oakwell, Dons boss Karl Robinson may recall the defender for Tuesday night's clash.Robinson will also have a decision to make on midfield lynchpin Darren Potter

Mark Randall stepped in at the weekend and is likely to keep his place after impressing in South Yorkshire.Will Grigg and Ben Reeves staked their claims for starting roles against the Bantams with a goal apiece from the bench on Saturday.Bradford will be without Alan Sheehan as the defender starts a three-game ban for being shown a straight red card in the loss to Swindon.Sheehan was dismissed for catching Raphael Rossi Branco deep into stoppage time, much to the frustration of Phil Parkinson.He said: "We have a small squad and I have said to the lads beforehand that discipline on the pitch is so important

We are now going to lose Alan for three games - it is costly for us and he will be fined the maximum he can be."The Bantams were already missing Andrew Davies at the back due to a broken arm, while striker Mark Yeates faces a late fitness test following a bump on the shoulder against Swindon